The self- employed sport scientist and economist wrote his doctoral thesis about injuries, dietary supplements and training habits in triathlon. David has two decades of experience as an athlete in swimming and middle distance running and has won numerous national titles. He published a book called “Schulterschmerzen im Schwimmsport” (“Shoulder pain in swimming”) and a number of papers about swimming and triathlon. David has a teaching position at the “Bundessportakademie Graz”, the “Institut für Bewegungswissenschaften Sport und Gesundheit“ and the „Universitätssportinstitut Graz“ and therethrough regularly shares his knowledge and experience (2 years of research work in AUS, NZL and ESP) with his students. He is state certified as a mental coach, a swimming coach and a triathlon coach and is invited to workshops and to teach at various institutes and companies (BGF) on a regular basis. 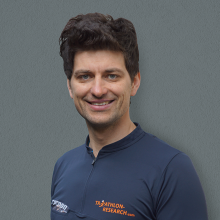 Martin works at the “Universitätssportinstitut Graz” and is state certified as a coach in swimming, cross country skiing and triathlon. While studying sports science Martin also competed on an international level as a professional triathlete. After 15 years and numerous ITU and ETU races over the Olympic distance he ended his professional career to work as a medical therapist in a rehabilitation centre. Martin now works as a coach for triathlon research. The knowledge and expertise gained by partaking in numerous international training camps all over the world (among others ESP, ITA, SLO, CRO, GER, AUS und ZAF) ensures the great quality and high standard of his training sessions. 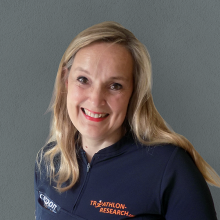 is a former Laboratory Director of the National Sports Medicine Institute of the UK, with extensive experience in providing sports science support, across multiple sports and athlete ability levels, from novices through to Olympic medalists. She was the long-time Chair of the ETU Medical and Research Committee: organising the first ever European Championships coaches conference, and overseeing the medical set up for the 2012 (pre-Olympic) European Triathlon Championships. As a former Senior University lecturer, she also has considerable teaching experience in sports and exercise physiology and psychology. Veronica has over 85 academic publications, including the triathlon specific chapters of both the IOC handbook of sports medicine on epidemiology of injury and illness in Olympic Sports and the World Book of Swimming (Profil). Furthermore, Veronica has been both a triathlon club (age-group) Head coach, and coached at Elite (Olympic qualification) level. 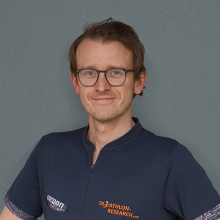 Thomas works as a senior physician at the “LKH Hochsteiermark”, Bruck Mur and specialises as a trauma surgeon and as an orthopaedist and traumatologist. He also has a private practice for orthopedy and trauma surgery. With his vast background in the field, Thomas is in charge of answering all questions relating to traumatology and orthopedy. A special focus is thereby being put on issues regarding overload related injuries and subsequent therapy options. Thomas has a lecturing position at the “Bundessportakademie Graz”. An avid sportsman and athlete himself, Thomas was able to win the National U23 championship over the Ironman distance and the road cycling section of the Medigames.